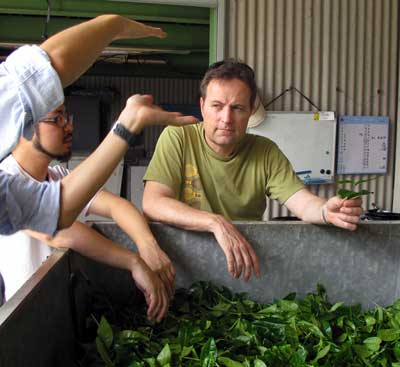 So that you know exactly who you are buying from...

From it's inception, the O-Cha.com philosophy has been, and continues to be, the insistence on offering only the freshest, highest quality and grades of green teas available to those outside of Japan.

O-Cha.com was founded in 1998, when the internet was relatively young and finding a really good Japanese green tea either online or outside of Japan was nearly impossible. At the time, O-Cha.com was one of about 3 or 4 suppliers of Japanese green tea online. For the first five years, O-Cha.com operated out of Mesa, AZ while company founder Kevin Moore was busy majoring in a degree in the Japanese language at Arizona State University.

In 2004, O-Cha.com began operations from an office and warehouse located in Iwaki City, Fukushima where they began to ship directly to customers worldwide from Japan.

On March 11th, 2011, O-Cha.com operations were heavily impacted by the Tohoku earthquake with it's office and warehouse suffering damage.  Due to the company's somewhat close proximately to Fukushima Daiichi Nuclear power plant, the staff made preparations to permanently shut down operations and would have done so permanently had it not received the kind intervention of the Tsuen family (owners and operators of Japan's oldest continually operating tea shop located in Southern Japan's famous Uji tea growing district), as well as the kind assistance of several other suppliers in Uji and Shizuoka.  Limited operations began once again within three weeks of the earthquake from Uji Japan, and then resumed again from Iwaki again after a one year hiatus.

O-Cha.com is a fully incorporated Japanese corporation (KRM インターナショナル合同会社) with our primary  business activity listing us as a supplier of Japanese green tea products worldwide. Our company is listed with Dun & Bradstreet (KRM International Limited, D-U-N-S # 716278742), and we have both American and Japanese nationals as staff. We do not operate as a front company, this is not our sideline internet hobby, we do not hide behind an internet web site, we have no problem letting you know exactly who we are.

Our green teas are packaged within a very short time frame (days) of any customer's order, offering the freshest green tea one can purchase online. O-Cha.com always keeps low, constantly moving inventories and maintains most of it's stock under refrigeration until shipment. 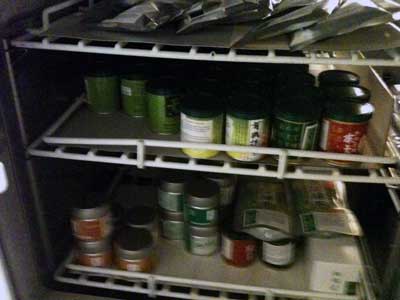 All of the green tea sold by O-Cha.com are personally selected by O-Cha.com's founder who often visits the tea growing regions of Japan. We also receive samples from various companies on an almost daily basis and are always on the prowl for a great or unusual green tea.

O-Cha.com is the first and only company to offer green tea online from Tsuen Tea, Japan's oldest tea shop located at the same spot on the banks of the Uji river for over 851 years.

O-Cha.com has in the past received media attention from...