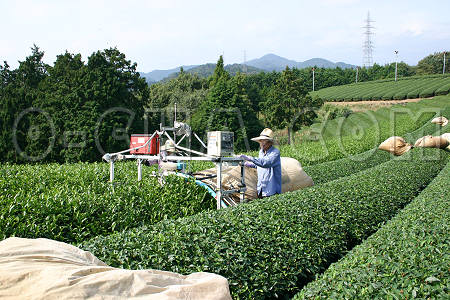 Shizuoka Green Tea - The majority of Japanese green tea comes from Shizuoka prefecture. With a warmer than average climate for mainland Japan, it provides the perfect growing conditions for Japanese green tea.

Miles upon miles of green tea fields awaits the the connoisseur lucky enough to visit Shizuoka. While there are many grades of sencha green tea from Shizuoka, we go out of our way to only provide those in the higher quality ranges.