<< Left: A cameraman from The Discovery Channel films harvesting taking place in the same green tea field where many of O-Cha.com Shizuoka green teas are grown.

In September of 2005, O-Cha.com was contacted by producers from The Discovery Channel for assistance in producing a green tea video documentary. Production started on October 4th, 2005 in the fields and factory of O-Cha.com's main green tea supplier in Shizuoka, Japan. 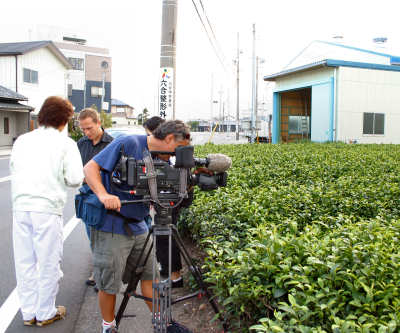 <<Left: Filming taking place at the green tea field adjacent to the factory.

After filming the main growing fields, the crew moved on to the factory, picking up additional footage at a growing area adjacent to the factory before heading inside. In the documentary, O-Cha.com founder and President Kevin Moore shows the stages of green tea production, from harvest through rolling and drying. 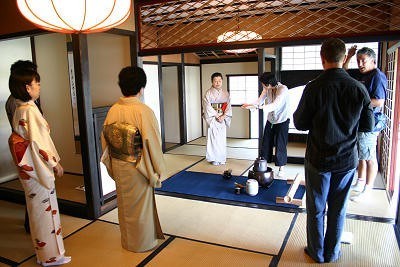 <<Left: Preparing for the segment on the Japanese Tea Ceremony.

The tea ceremony house located at the Ocha-no-Sato green tea museum in Kanaya, Shizuoka provided the perfect setting for the segment on the Japanese tea ceremony. 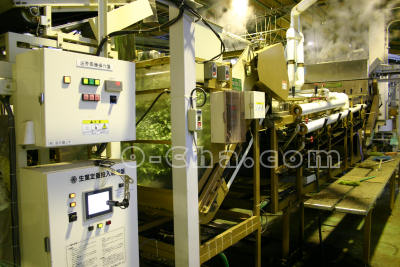 Here is the final video...