How fresh are O-Cha.com green teas?

Are your products Chinese green tea or Japanese Green Tea?

What about Decaf green tea?

Why was the green tea I bought at the grocery/health food/internet store not very green?

About Green Tea - In General, where it comes from, the various types of green gea, quality levels.

About Matcha Green Tea - The differences between matcha and other forms of powdered green tea.

How Green Tea is Processed

A Beginner's Guide to Green Tea - Wondering how to get started with green tea? Here is our guide for the absolute beginner. Covers how to choose a teapot and how to choose a good green tea.

Shincha Green Tea - What is it and why is it special?  What about "shincha gyokuro" and "shincha matcha"?

How To Make Sencha Green Tea - A general guide for making Japanese green tea.  Read this first if you have never actually made green tea or would like a few pointers.

How to Brew Gyokuro - There's green tea, then there's gyokuro.  This is considered an "advanced" green tea and requires special consideration when brewing.

How to Make Matcha Green Tea - A high quality powdered form of green tea, here are some simple instructions on how to brew it.

How to brew green tea - Top 10 reasons why your tea didn't turn out green.

Green Tea Benefits - Includes data on the specific properties and their levels in various types of green tea and matcha.

How Uji Sencha is Produced

A Visit to an Uji Matcha Leaf Factory!

Make matcha with a pro!

The Discovery Channel did a special on green tea featuring O-Cha.com in 2005!

How fresh are your green teas? 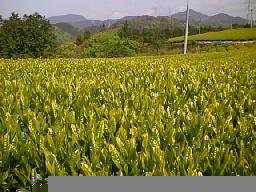 As fresh green tea is a perishable commodity, we only order what we need to keep the inventory moving. O-Cha.com, obtains it's fresh green tea directly from select growers in Shizuoka, Uji, Kagoshima and other areas of Japan on a regular basis, ensuring the freshest green tea available on the internet. The teas are taken out of cold storage, packaged in bags with the oxygen being replace by nitrogen, and are then shipped to us directly as we order them.  Because we are based in Japan, the transit time from when we order them and when they are packaged and received is only one to two days. By the time they reach our customers, they have only been packaged perhaps one to three weeks. Many of our teas come directly from the farmers that actually grow them. All of our matcha and other high grade green teas are stored under refrigeration until shipment to you.

While there are many fine Chinese teas, when it comes to green tea, Japan is known the world over for having especially high quality products. During green tea processing, Chinese green tea is usually pan fired while Japanese green tea is nearly always steamed. Because of this, each type has different tastes and characteristics. Be wary of teas (especially from grocery stores) that claim they are "Japanese Style", but not actually from Japan.

What about Decaf green tea?

Decaf green tea is almost unheard of in Japan. If you want to drink green tea that's actually "drinkable", you will have to deal with caffeine on some level because the process to remove caffeine also ruins the taste, and we refuse to sell anything that tastes bad. You may be happy to learn that sencha only has about 30 mg of caffeine per cup of green tea, compared with 50 mg in black tea, and 110 mg-175 mg in coffee respectively. You can also reduce most of the caffeine by pouring out the first batch and re-brewing again.

"The green tea I purchased at the grocery store wasn't really green, why is that?"

Take an apple, cut it in half, put it on the counter and come back 20 minutes later. What do you notice? It's starts to turn brown. A similar thing happens with green tea. Under optimal conditions under refrigeration, an unopened bag of green tea will stay fresh for 6~12 months maximum. Once exposed to oxygen, the shelf life drops to 2~3 months. Next, most of the teas at your local grocery or health food store are not first or even second flush teas, but are from the later harvests. Later harvests can never match the quality of a first harvest green tea. Look for a product that is from an early harvest and at the same time has not spent a lot of time in storage or in transit.