Things To Know About Matcha 抹茶 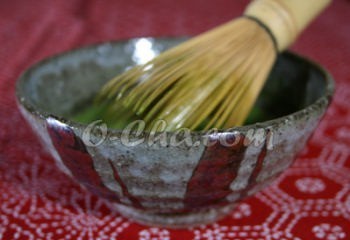 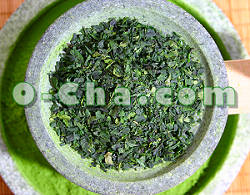 Matcha is a type of powdered green tea grown in the shade like gyokuro and which is traditionally used in the Japanese tea ceremony. These days, it is not uncommon to see it used in untraditional ways such as in matcha lattes and other green tea recipes. It is highly valued for it's rich supply of antioxidants and green tea benefits. Traditionally, structures of bamboo covered with rice straw are erected over the tea plants, blocking off 90 percent of the light for 3 weeks. Once harvested, the leaves that will eventually become matcha are steamed in the normal way green tea are, however they are not rolled but instead dried the then put into a wind tunnel type of machine which breaks the inner parts of the leaf away from the veins, resulting in a product known as tencha.

It is important to know that there are many grades of matcha and powdered green tea, from food grade used in various recipes to a large number of ceremonial grades, the everything in between. Some are very cheap, others can be extremely expensive.

What is the difference between the matcha green teas? The normal usucha type of matcha is usually served singly during the tea ceremony and is the more common variety. Usucha usually comes from the sprouts of tea plants that are less than 15 years old. Usucha means "thin tea", however this refers to its serving style in comparison to thick koicha and should not be confused with it's taste or strength characteristics - although it is referred to as "thin" usucha is actually stronger in taste than koicha. If you are new to matcha drinking, we recommend you start with usucha.

Koicha is used to make "thick" consistancy tea and is almost always more expensive because the tea plants used are more rare. True koicha is very uncommon and very few plants are suitable for producing it. The first bowl of koicha matcha is made to almost a pancake batter like consistancy, and when that is finished more hot water is added for a second bowl making the second serving thin. This tea comes from the shade-grown buds of young leaves of plants that are a minimum of 30 years old. Since a thicker consistency is desired, more powder is used and for that reason, koicha is grown and processed to have a sweeter, less bitter taste. 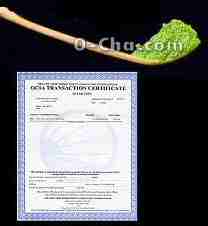 Certified Organic Matcha - While all of our matcha products are grown under safe growing conditions, in order to truly claim a green tea as "organic" requires strict compliance with a certifying agency. Only natural organic fertilizers and no agricultural chemicals are used. Whenever purchasing ANY green tea that is supposed to be organic, make sure that said products are actually certified by an appropriate certifying agency.

More Information on How to Make Matcha and Matcha Brewing Instructions